Peninsular Malaysia (or West Malaysia) runs from Singapore to the Thai border with approximately 400 miles of coastline forming the eastern boundary of the famous Malacca Straits. On the Gulf of Thailand coast, the distance to the border is slightly less. Across the South China Sea, East Malaysia comprises the two states of Sarawak and Sabah, which lie on the northwestern side of the island of Borneo (Kalimantan).

The country is multicultural with approximately 60 percent Malay, 30 percent Chinese and 10 percent Indian population. Formerly a British colony, it is now an independent nation with conservative tolerant Islam as the predominant faith.

There are two seasons corresponding to the northeast and southwest monsoon, with May to October being the wetter season. Winds in the Malacca Straits are often fickle and strongly affected by the local landmasses of the Malay Peninsula and Sumatra.

Of short duration, but sometimes quite strong, squalls called ‘Sumatras’ are frequent. Thunderstorms are common and insurance companies often have to deal with lightning strike claims.

There are good road, rail and air links between all the coastal towns as well as Kuala Lumpur’s two major international airports, KLIA1 and KLIA2. International ferry services link Singapore and Indonesia with Johor in the south and at the northernmost Malaysian island of Langkawi, ferries run from Telaga Harbour to Thailand at Koh Lipe and Satun. 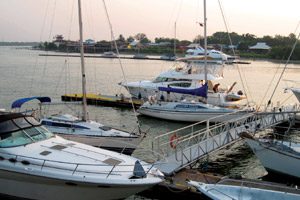 the Malacca Straits is one of the most important shipping lanes in the world. the southern entrance starts just north of Singapore Read more... Yachts heading up the east coast of West Malaysia, or on to the Gulf of thailand, may enter Malaysia at tanjung Belungkor Ferry terminal or tanjung Pengelih at Pengerang Read more... 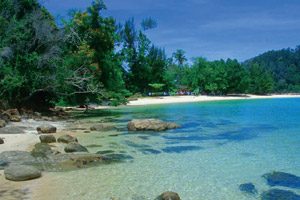 Lying to the east of Peninsular Malaysia is the island of Borneo. on the northwest side of this huge island are the two east Malaysian states of Sarawak and Sabah Read more...