A golden rule to avoid any aquatic injuries iterated by diver training agencies is’ “don’t touch, chase or provoke anything under the water or on the surface”. However, there may be the odd occasion when it’s not as quite straight forward as that – in turbid waters for instance.

Here is a ‘handful’ of ‘pain inducing nasties’ to be particularly cautious of and what to do if you are unfortunate enough to come into contact with them!

Tightly tie a broad ligature between the inflicted limb and the body, which must be released every 15 minutes.

The inflicted area should then be immersed in water at a temperature of 50ºC for two hours, or until the pain stops. This will need to be followed up by antibiotic and anti-tetanus treatment.

Jellyfish stings range from skin irritations to deep lesions. Avoidance is best achieved by constantly being aware of what’s around, above and below you. Keep a constant lookout! Avoid the tentacles.

If you do get stung, immediately flush the area using the same water that it occurred in – stung in salt water, flush with salt water, NOT fresh, and vice versa. Immediately after that flush the area with acetic acid (vinegar) and, if there are any tentacles embedded in the skin, remove with tweezers or gloved fingers. If pain worsens or breathing difficulties are experienced, seek medical attention immediately.

Barracuda are commonly seen in large schools. However, lone specimens have been known to bite, generally in low visibility waters when a shiny item such as jewellery, knife blade or camera lens is mistaken for their prey of small fish; so best to avoid shiny objects whilst in the water! If bitten, thoroughly clean any wound and apply antiseptic or antibiotic cream.

Lionfish are slow moving and generally encountered around reefs and wrecks. They have beautiful long feather like fins, but these harbour venomous spines which cause a very nasty sting. Immediately clean the wound and adhere to the Hot Water Treatment (HTW) if the skin is punctured.

Sea snake venom is more potent than that of the cobra, but they are rarely aggressive, have very short fangs and small mouths which cannot be opened very wide; they would be capable of biting between fingers, so keep your fingers together in their presence! If bitten, immediately tie a broad ligature tightly between the infliction and the body and wash the wound. CPR may be necessary. Seek medical facilities as antivenins will be needed.

Triggerfish are all territorially aggressive, especially if they are nesting (shallow pits in the sandy seabed). If approached too closely, males will charge at the encroacher to ward them off, plus they have a nasty couple of teeth to finish the job! If you are unfortunate to be on the receiving end, the recommended procedure is to swim backwards and place your feet between you and the attacker, and at NO TIME take your eyes off them, until you have backed away far enough to satisfy him that you are no longer a threat. If bitten, treat with antiseptic cream.

Stinging hydroids can cling to anchor lines and if contact is made with them, they release nematocysts into the skin, which, although not a serious problem, can be very painful and, in some cases, cause blistering. To treat, flush or submerge the affected area with acetic acid (vinegar) followed by antihistamine cream to ease any pain.

Fire coral is more closely related to stinging hydroids rather than an actual true coral, however, as in its namesake any contact will result in some very nasty and painful blistering. The treatment is the same as for stinging hydroids.

Cone shells should never be handled; they are capable of firing a poisonous dart form a tube-like organ. This results in numbness followed by local muscle paralysis which can lead to respiratory paralysis and heart failure. The treatment is to immediately tie a broad ligature tightly between the infliction and the body and wash the wound. CPR may be necessary.

Sea urchins can have poisonous spines and even if not poisonous, they still easily puncture skin and break off, especially if trodden on, leaving painful wounds that can go sceptic. Apply HTW. This will help in softening up any embedded spines and allow the body to eject them. Applying papaya juice or wine will also help to reduce pain. Septic wounds will require antibiotics.

Stingrays range in size from a few centimetres across to several metres and they have spines in the top of their tails which can lash out in any direction if trodden on or caught. The wounds can be large and in rare cases fatal. Clean the wound and remove any spines with tweezers. Follow up with HTW.

Stonefish are the best camouflaged and most dangerous member of the scorpionfish family. The spines in their dorsal fins contain a very nasty venom, and are raised if the fish is disturbed. These cause intense pain and swelling and you should immediately clean the wound and adhere to HTW.

Scorpionfish, although less camouflaged and not as dangerous as the stonefish, should still be avoided. Failing to do so, will require the same treatment as for stonefish.

This should be waterproof, sealed and preferably compartmentalised for ease of finding things when needed quickly. As a minimum, ensure it contains the following items: 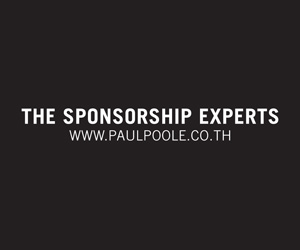 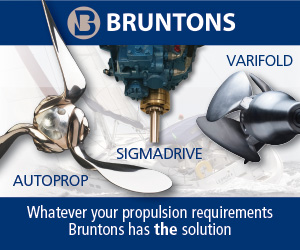